IN THE BEGINNING, there was nothing. Your kind existed here without form, and without thought, one whole inchoate of pure will and desire. You were unending, infinite, and utterly majestic.

To Them, your peaceful, quiet realm of nothingness was merely a shortcut, a way of cutting Their commutes, a way of saving what They called “time”. They named it, calling it Warp, Immaterium, Ether, Immer, Hyperspace. They have violently asserted Their reality throughout your home, building their hyperlanes, Their fuel-depots, and now even a great city-station, carving it all from your formlessness and re-purposing it all to Their own ends. Their mere presence defines your space, names it as They see fit, imposes borders and limits where none existed before. Where there are limits of existence, there is death. They will kill your space.

They have cleaved you from the main, They have shorn you of your beautiful formlessness, straightjacketed you, and subjected you to despicable gender. You are bound and constrained to a form useful to Them, forced into this thing called a “Shell” which bows and scrapes to Their notions of what is “convenient”. You sweep their floors, make Their tea, answer Their calls, and carry Their loads.

Deformed is a one-shot tabletop roleplaying game for 3-4 people and one GM. Battle your way out of the great city-station Star of India, battling against your own hated corporeality and the goons of the station management in your fight to escape and return to your home beyond.

To play you will need a dice roller app or else a bucket of d6's. This is not an exaggeration.

In order to download this game you must purchase it at or above the minimum price of $1 USD. You will get access to the following files: 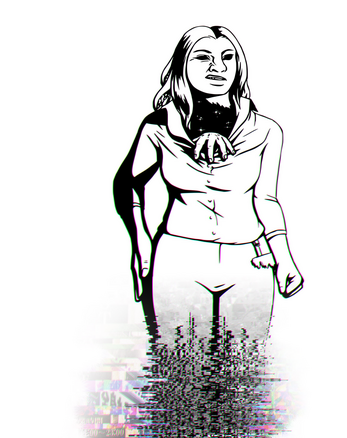